A discussion by Asia’s leading hoteliers 【Part 2】What is important when creating a unique hotel.

Design Hotels, an international hotel community consisting of only high-quality, sophisticated, independent hotels in 50 countries around the world.
Along with Vice President of Design Hotels Asia-Pacific Division, Mr. Jinou Park serving as facilitator, and Singapore’s highly talented hotelier, Mr. Lou Lik Peng, “A discussion by Asia’s leading hoteliers.” In Part 2, they will underscore important aspects of creating a unique hotel that is strongly rooted in its surrounding area.

Middle: Jinou Park
Vice President, Design Hotels Asia-Pacific Division
He obtained an MBA in Hotel Management at Cornell University (U.S.). After working in revenue management and marketing at InterContinental Hotels and Resorts and the Hilton Group, he took on his current role in 2017. He serves as a judge for “AHEAD Awards Asia Division,” with which Design Hotels is a partner.

Right: Lou Lik Peng
Founder and Owner of the Unlisted Collection Hotels and Restaurants Born to Singaporean parents in Dublin, Ireland in 1974, he owns six boutique hotels and 16 restaurants in Europe, Asia and Australia. A well-known entrepreneur both at home and abroad, he has been featured in magazines such as Forbes (U.S.) and Business Times. He was also selected for “Asia’s 100 Next Generation Leaders / 2017-2018” by The Japan Times.

The flourishing design hotel scene around the world

Mr. Park:
Mr. Peng, you have opened a new hotel scene in Singapore, literally on your own. How do you feel about the changes of the worldwide hotel scene after that?

Mr. Peng:
First and foremost, the overall quality has improved significantly. I think that London’s The Soho Hotel (* 1) and others have raised the overall quality of hotels. In Asia, it was difficult to find a good quality hotel ten years ago, but the industry is overflowing with more vibrancy and there are plenty of stylish hotels like The Warehouse Hotel (* 2) in Singapore.

* 1
The Soho Hotel: Located in Soho, the center of London, where there are many restaurants, clubs and live houses, and is a cultural pillar where many people gather. It has 91 rooms, each with unique interior design, and it is also the member of the Design Hotels hotel community.

* 2
The Warehouse Hotel: A design hotel located in the Robertson Quay district. It has 37 rooms in total, and was renovated from a historic 1895 “godown” warehouse. The Lo & Behold Group, which runs numerous restaurants in the country, operates the hotel and also puts effort into the restaurants within the hotel.


Mr. Park:
It is certainly so. On the contrary, I’m afraid there are few hotels in Japan that place importance on design. So, when I heard the story of TRUNK(HOTEL), I thought it was wonderful. 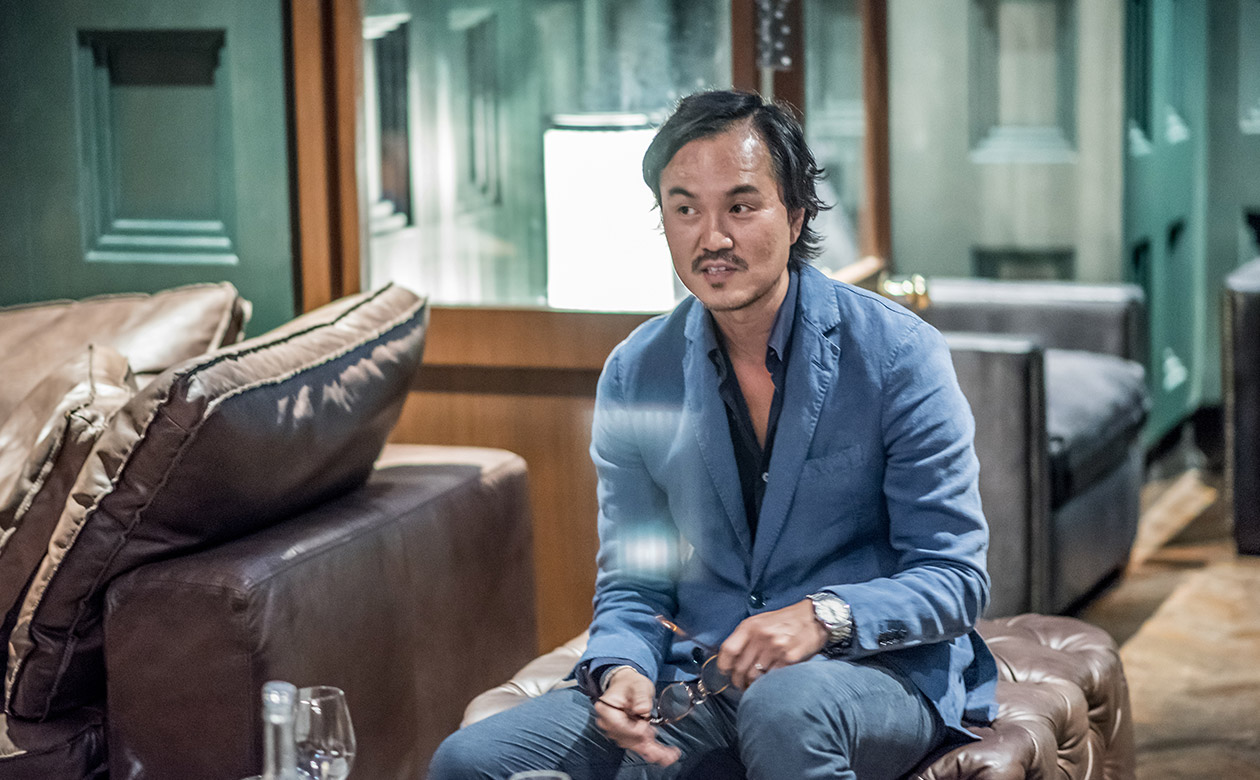 Regarding TRUNK(HOTEL), I understand various people are involved in the actual building process. Mr. Nojiri, how much were you involved?

Hotel architecture tailored to the character of the city

Nojiri:
I presented two thoughts. First, I said to that the architects, interior designers and landscape designers that we should think thoroughly about how to express our concept of “socializing” (* 3).
Secondly, I told them that I wanted “Shibuya” to be expressed in their design.
TRUNK(HOTEL) is a four-story building. This expresses the four valleys and mountains that make up the city of Shibuya.

* 3
Socializing: The fundamental concept of TRUNK(HOTEL). The objective is to allow people to be themselves and to live their lives without stress but with a social purposes. Every element of the hotel, including architecture, interior, and amenities has been carefully selected so that it each tells us a unique story. 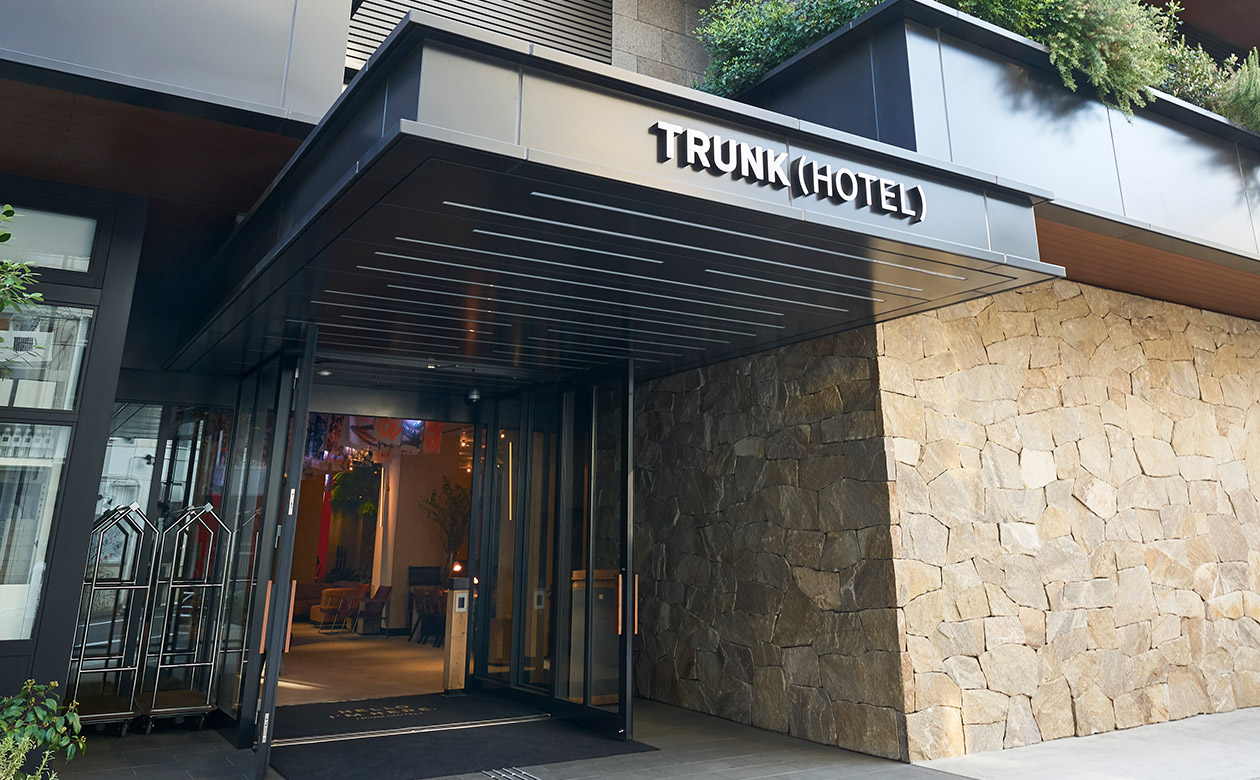 TRUNK(Hotel) is on Cat Street, Shibuya. The neighborhood has long been the birthplace of new culture including fashion, music and art in Japan. We have incorporated this unique regional feature into the design. 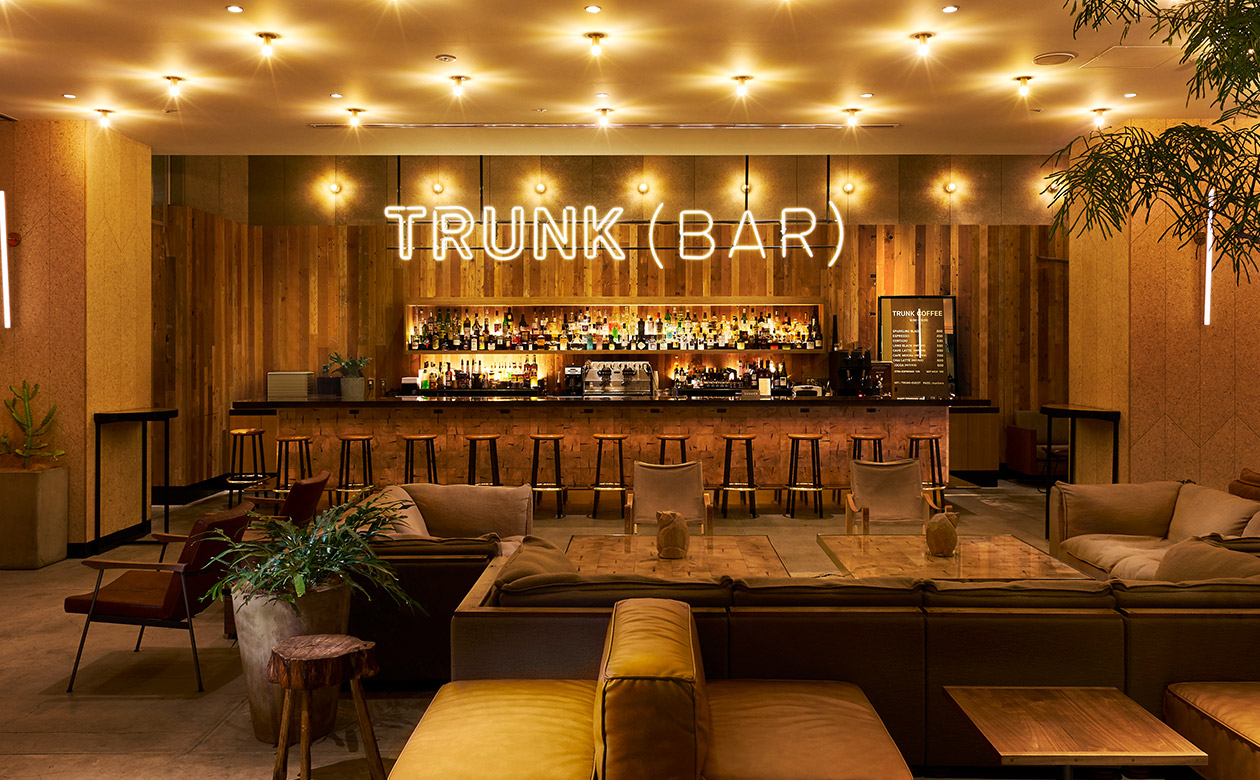 Mr. Peng:
You get the architecture to match the city.

Hotel development begins not from the details, but from a grand, crazy idea.

Mr. Park:
How about you, Mr. Peng? Do you participate in the design aspect?

Mr. Peng:
Yes, I also participate in the design.When a hotel is created, we normally take time to examine several key factors such as room size and price per night. But I try to forget such details and focus on elaborating the general concept first.
It doesn’t have to be beautiful. Whether it’s a five-star hotel or a cool hotel doesn’t matter. First, I try to come up with ideas that are as crazy as possible. I want to create what other architects have never made before, or what people have never seen.

Mr. Park:
It sounds difficult, but do you get what you want?

Mr. Peng:
Yes. It takes courage to renovate a cultural asset because some people often oppose the idea, but both The Old Clare Hotel and Town Hall Hotel & Apartments are very sophisticated and I’m happy with the result.

Local soul food inside of the hotel.

Mr. Park:
Food is one important factor of the hotel. What are your thoughts about food and how do you provide it at TRUNK(HOTEL)?

Nojiri:
In Tokyo, Shibuya is Shibuya, and Roppongi is Roppongi. Different cities have different personalities. The concept of TRUNK is to take advantage of the character of the city. With this in mind, we identify the “soul food” of the city, and look for people who are passionate about it to offera collaboration. 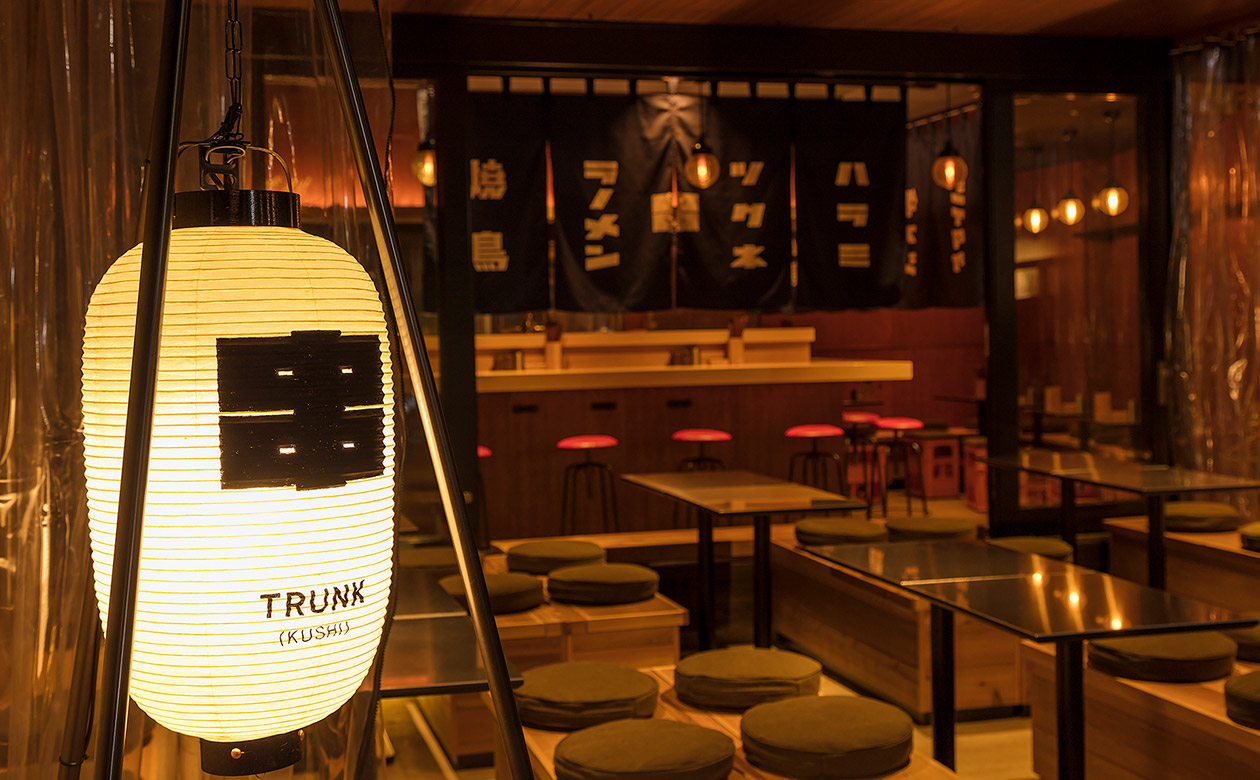 Mr. Park:
You are trying to match the food to the city as well. That means you are “localizing.” Mr. Peng, are you also making efforts to localize your hotels?

When you make something that is “truly good", it resonates locally.

Mr. Peng:
We have renovated local landmark buildings into hotels, and the reality is that some people are uncomfortable about making such changes. When opening Town Hall Hotel & Apartments in London, some people said it was outrageous that we turned a former town hall for the community into a hotel. 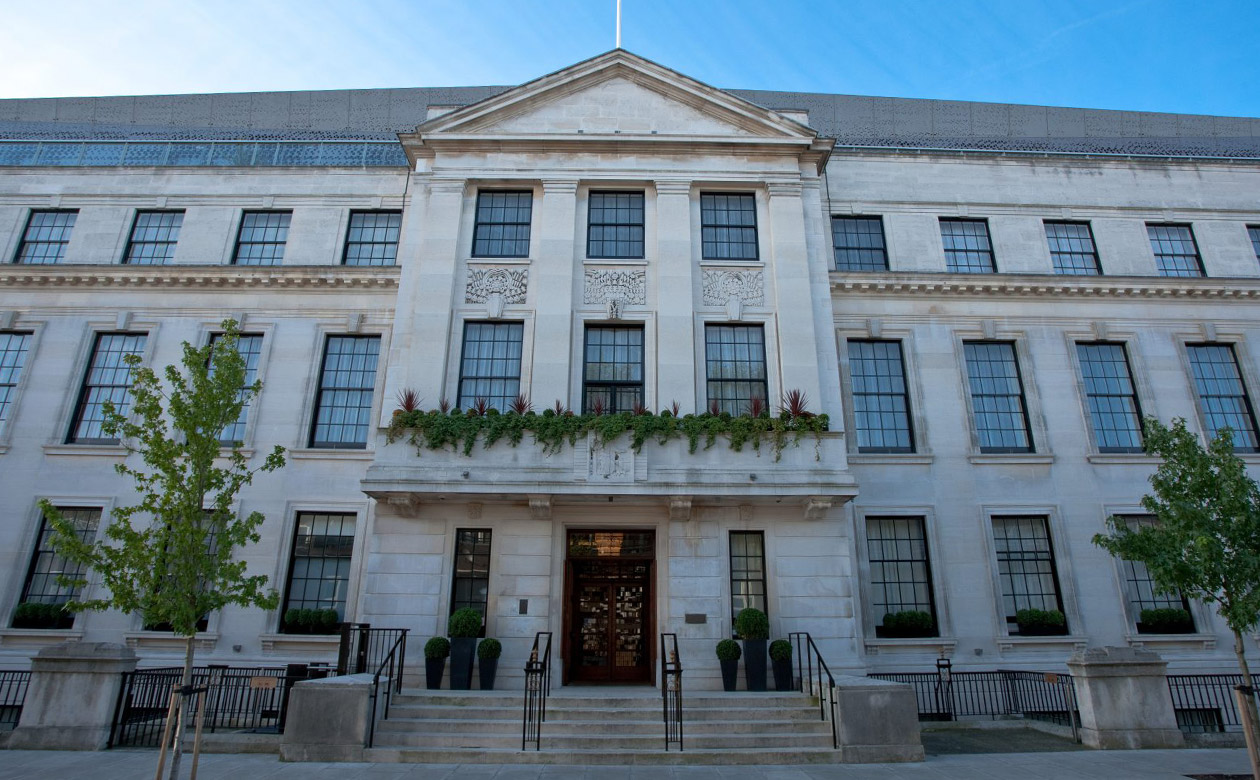 However, once you make something that is truly good, it will become a popular spot, and as years go by, it will be accepted by the locals. It also has a positive effect on the surrounding area.

In addition, hotels need a wide variety of employees from general staff members to security guards, so we are able to provide employment opportunities to local people, so we can also make economic contributions to the community.

Using their own hands, steadily discovering the “now” of the local scene.

Mr. Park:
I see. Localization is now a well-established means of hotel development, but what kind of method do you think is available to take it one step further?

Nojiri:
In creating TRUNK(HOTEL) in Shibuya, we took an entire year to walk around the city, trying to interact with the city and communicate with its people. 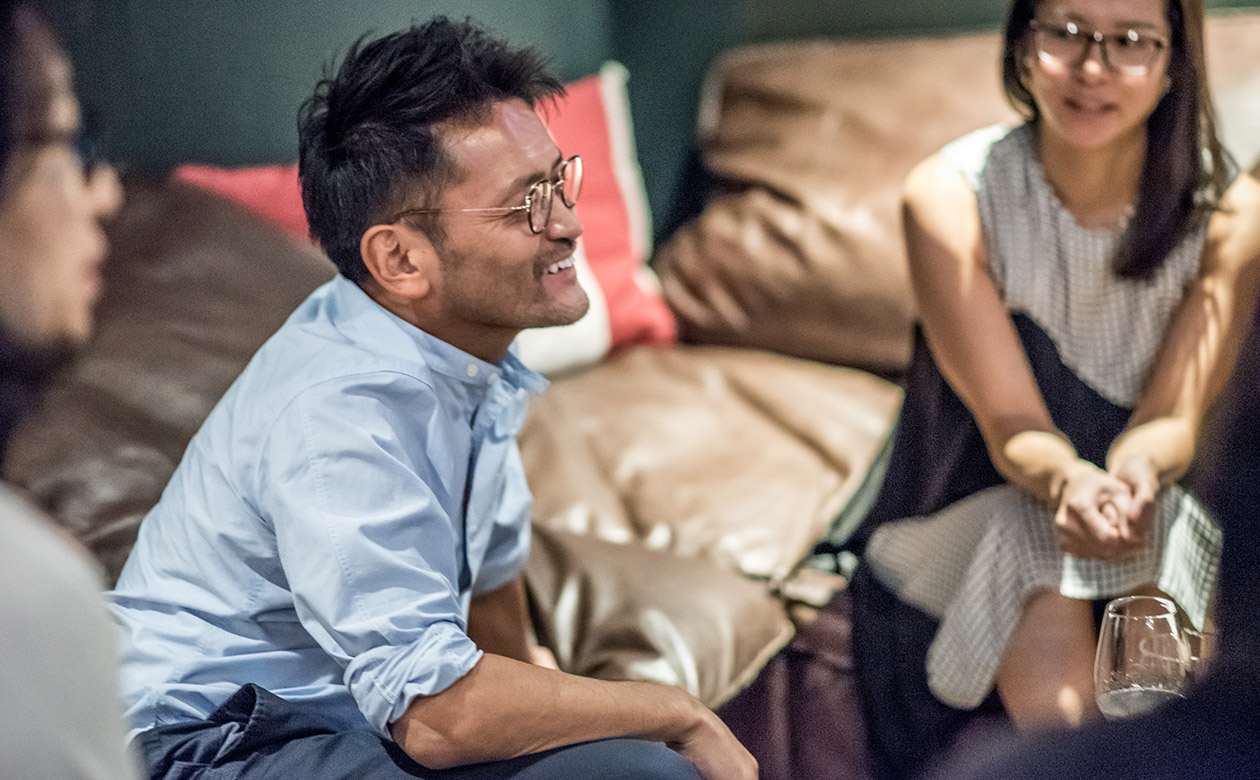 This is how we have discovered local specialty products, craftsmanship, and various other things specific to the area. At the same time, we are able to see the problems within the city. In the future, we would like to try making suggestions to solve such regional issues.

For example, in Shibuya, there are many programs that support disabled people and we are making products in collaboration with some of them. TRUNK’s creative team designs the packages for the chocolate and cookies that they produce, and we sell them at our store in the hotel. By adding such a unique touch, many customers now purchase them. 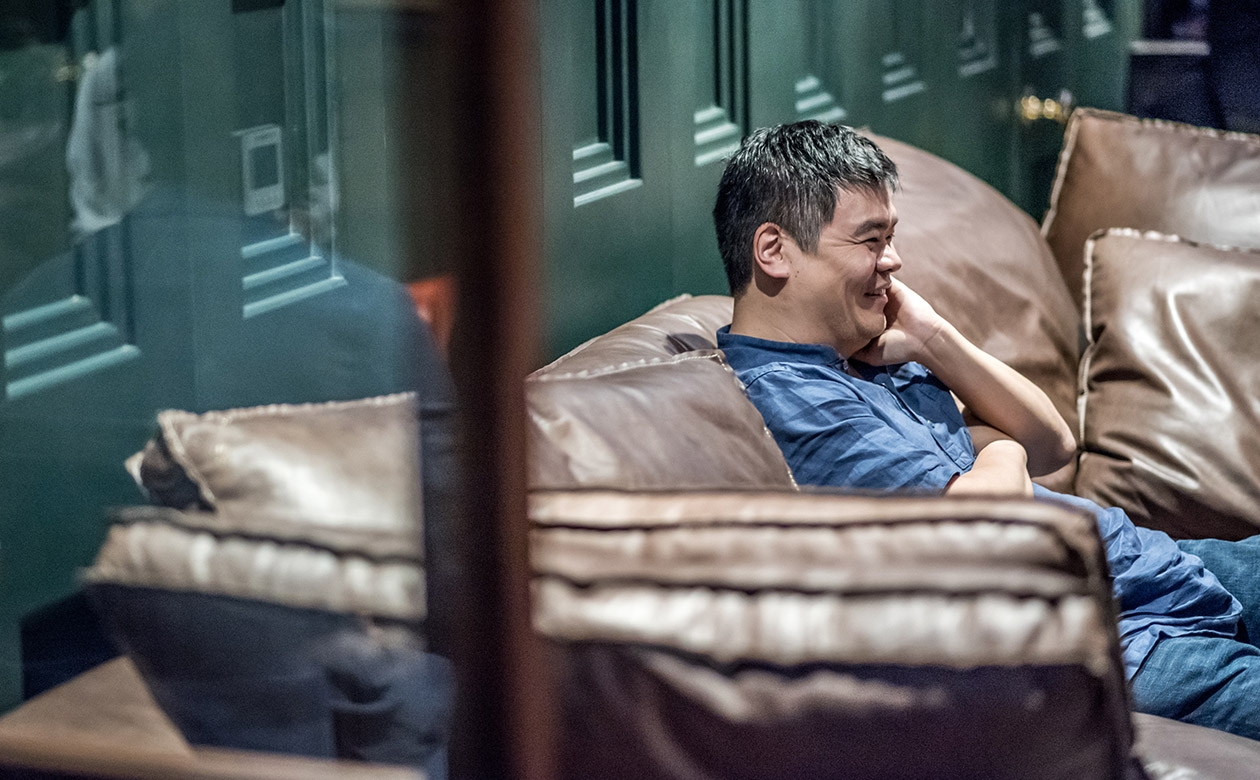 Mr. Park:
It means deep communication with the local area.

Nojiri:
You can see many things by getting deeper and deeper into the community. I believe that our commitment to deep involvement in the area is vital to create a unique hotel. Because I love Tokyo and understand it deeply, I cannot think of having TRUNK anywhere except in Tokyo.

Mr. Park:
It was really great to be able to find out about your passion for hotel development today. Mr. Nojiri, I look forward to see more TRUNK(HOTEL)s in Tokyo!
Well, shall we end the interview here, and would you like to go get a drink?

Nojiri:
Definitely! Thank you very much. 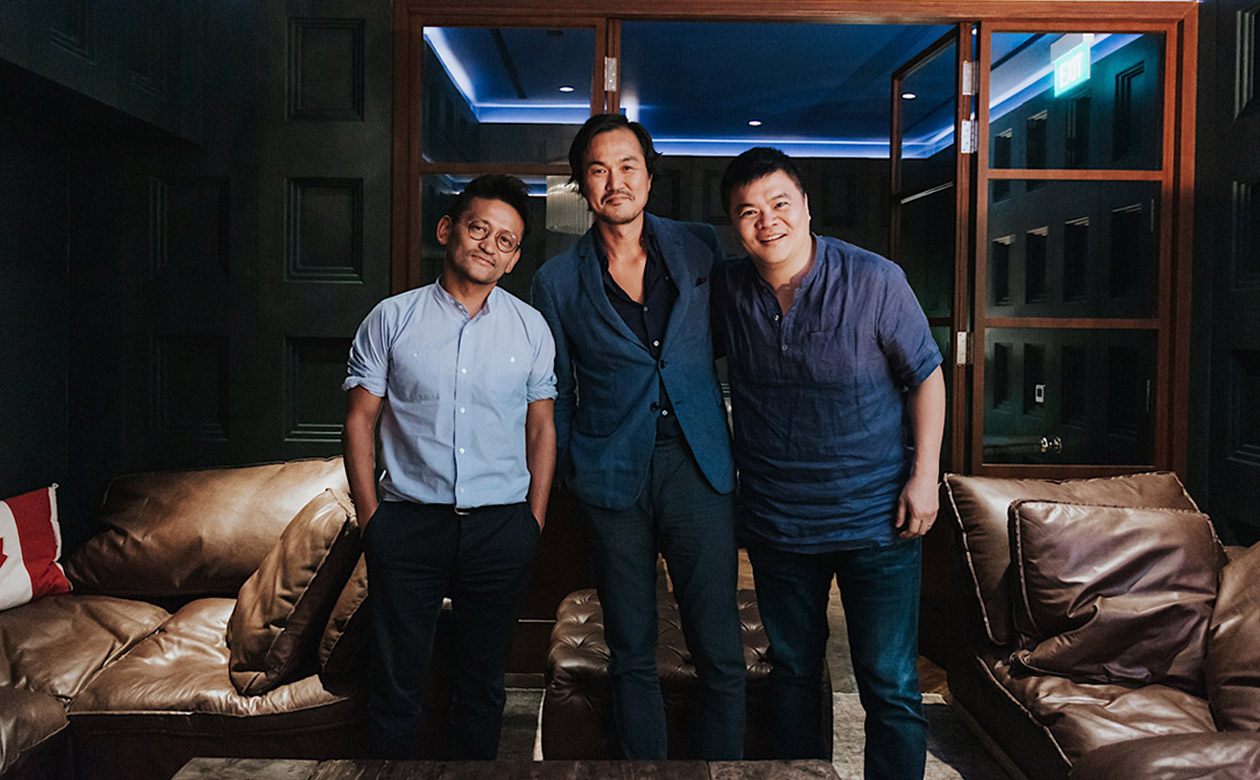