A discussion by Asia’s leading hoteliers 【Part 1】What is the driving passion behind their hotel development?

Design Hotels is an international hotel community consisting of only high-quality, sophisticated, independent hotels in 50 countries around the world. Design Hotels sets high eligibility requirements for participation in terms of design and stories, and it currently has three partners in Japan. Amongst them, the only hotel in Tokyo is TRUNK(HOTEL).

When Nojiri visited Singapore, he successfully had a talk with Mr. Lou Lik Peng, Singapore’s highly talented hotelier who was involved in creating The Old Clare Hotel in Sydney and Town Hall Hotel & Apartments in London, both of which are also Design Hotels members. In Part 1 of this conversation, Mr. Jinou Park, Vice President of the Asia-Pacific Division of Design Hotels, also joined as facilitator as they talked about their driving passion behind their hotel development.

Middle: Jinou Park
Vice President, Design Hotels Asia-Pacific Division
He obtained an MBA in Hotel Management at Cornell University (U.S.). After working in revenue management and marketing at InterContinental Hotels and Resorts and the Hilton Group, he took on his current role in 2017. He serves as a judge for “AHEAD Awards Asia Division,” with which Design Hotels is a partner.

Right: Lou Lik Peng
Founder and Owner of the Unlisted Collection Hotels and Restaurants Born to Singaporean parents in Dublin, Ireland in 1974, he owns six boutique hotels and 16 restaurants in Europe, Asia and Australia. A well-known entrepreneur both at home and abroad, he has been featured in magazines such as Forbes (U.S.) and Business Times. He was also selected for “Asia’s 100 Next Generation Leaders / 2017-2018” by The Japan Times.

Nojiri’s hotel business that originally started as a wedding business.

Mr. Park:
So, let’s start by asking why each of you started in the hotel business.

Nojiri:
When I was 26 years old, I established a company in the wedding business (TAKE and GIVE NEEDS). In Japan, one half of a hotel’s revenue is from weddings, and the other half from lodging. Since the two businesses are deeply connected, we need to learn hotel business to run a wedding business,

That was how it began, and three years after founding the company, I decided to do a hotel consulting business as well. Even today we engage in the consulting business for 20 hotels. For example, in a well-known, foreign-affiliated luxury hotel, TAKE and GIVE NEEDS staff members wear its uniform and work.

And in 2003, I announced that I would start a hotel business and had started business development, but due to the financial crisis caused by the bankruptcy of Lehman Brothers in 2008, I was forced to postpone the project. 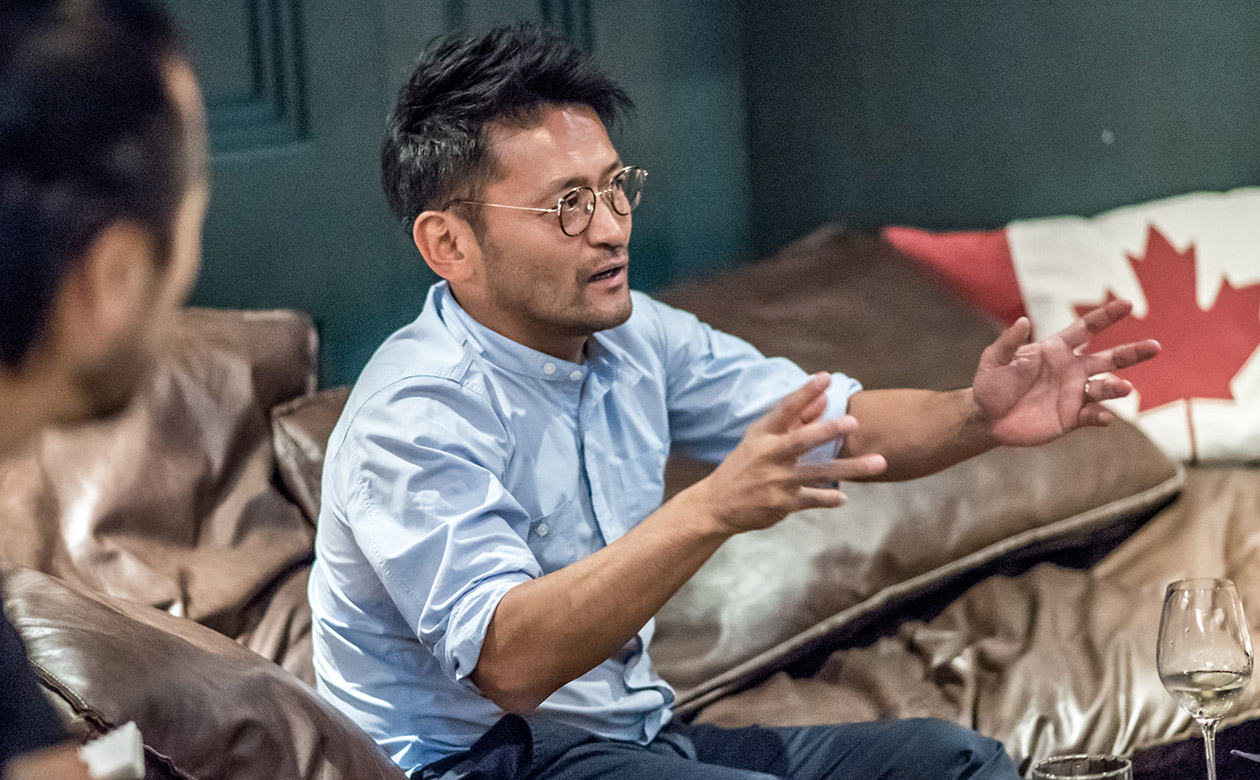 Mr. Peng:
I was originally a lawyer. I became a lawyer right in the midst of the Asian Financial Crisis.
I saw that real estate prices were being slashed and bought a shophouse (* 1), which was a registered cultural asset.
The first hotel I built, Hotel 1929, was also the first design hotel in Singapore. At that time, no one turned a cultural asset into a hotel, so it was a very interesting project.
Hotel 1929 is located on Keong Saik Rd. When we opened the hotel in 2003, the neighborhood was a red-light district and 80% of the buildings were brothels.

＊１
Shophouse: A building erected in the Malay Peninsula during the colonial era. It is built with an eclectic mix of Western, Chinese and Murray styles, and houses a store on the 1st floor and residential space on the 2nd floor. 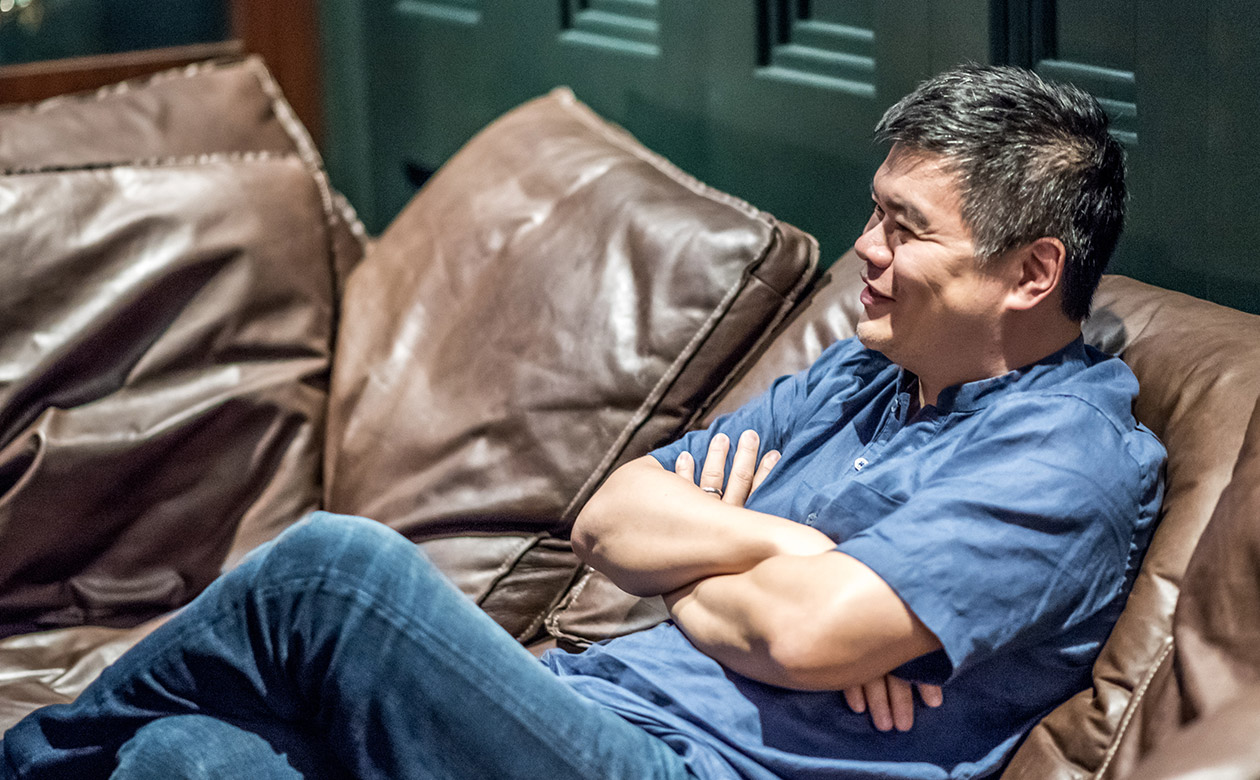 Mr. Park:
Starting with that, we also opened several restaurants in the vicinity. Other famous restaurants and bars have joined one after another, and now the atmosphere of the area has changed completely. Hotel 1929 was the catalyst for the change. 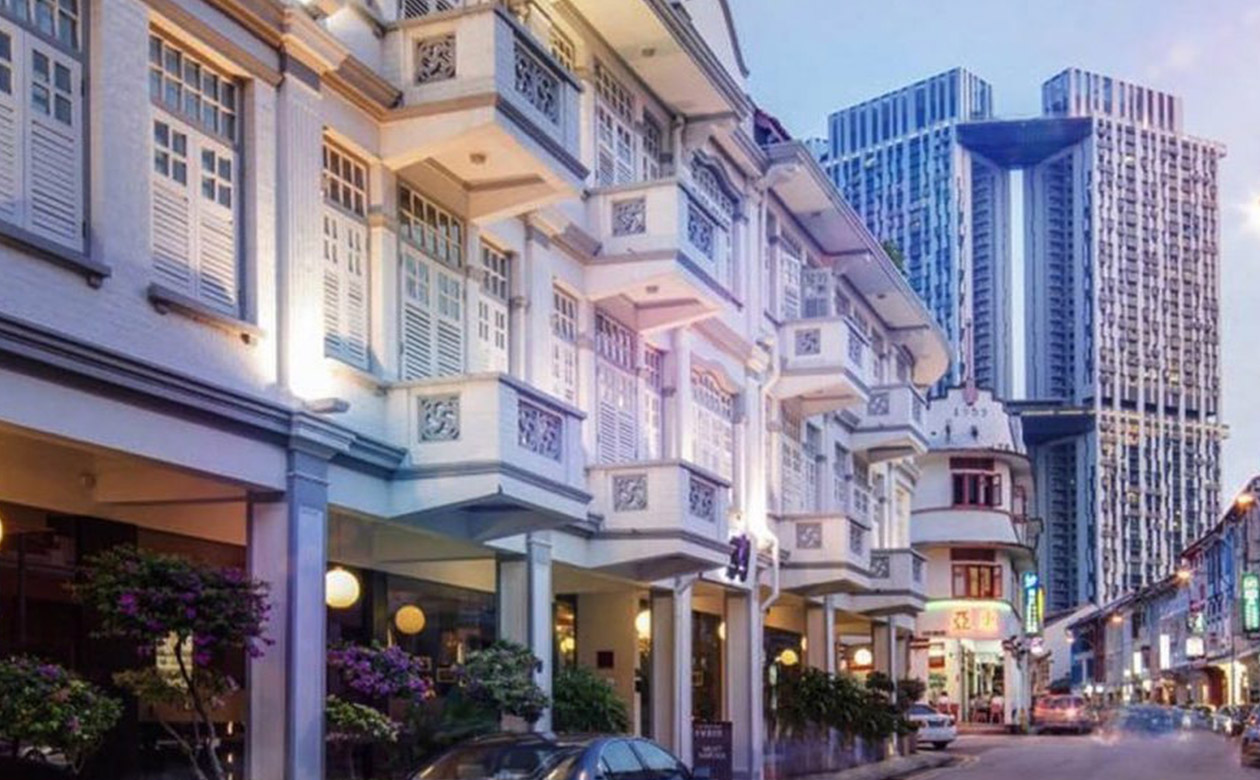 The passion for creating hotels flows from “the love for Tokyo”.

Mr. Park:
Mr. Nojiri, given your current hotel guests and relationship with local communities, what would be your next step?

Nojiri:
We have been offered opportunities for expanding our business overseas, but I believe TRUNK should focus on Tokyo. Tokyo has interesting cities such as Shibuya and Roppongi. I would like to create hotels that match these interesting areas. 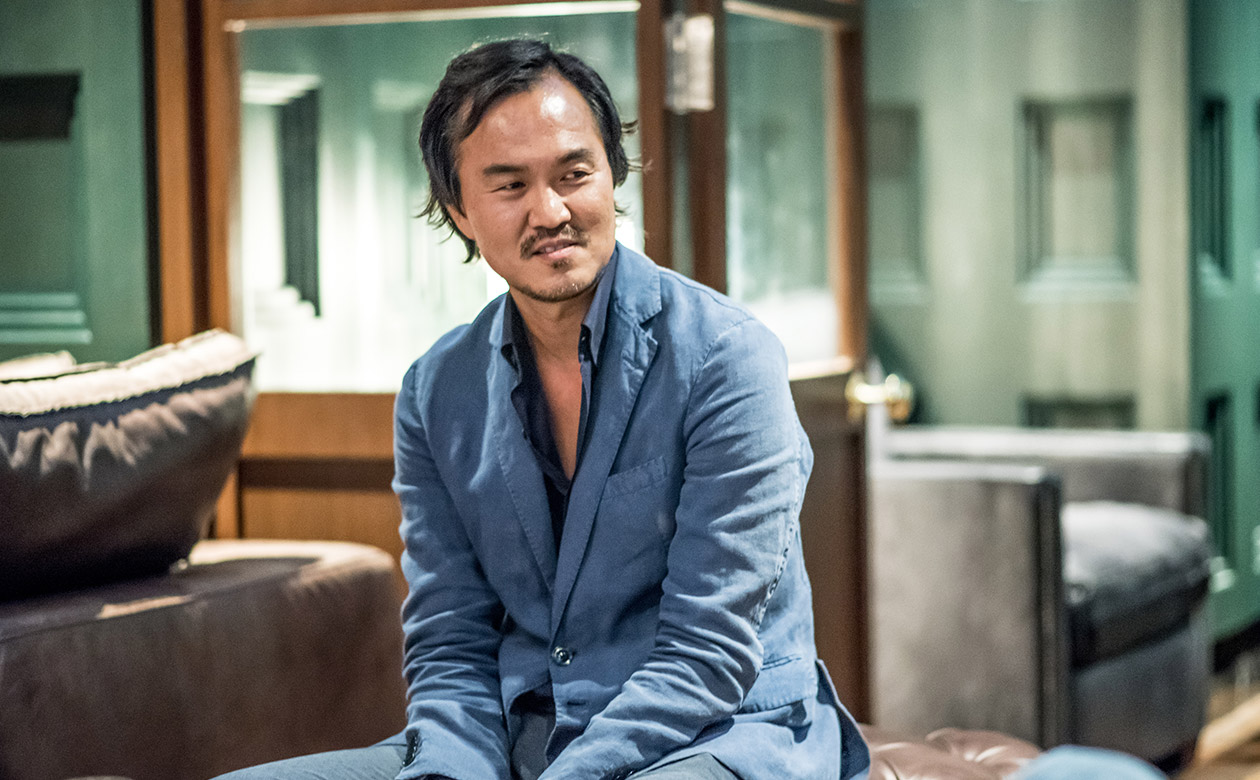 Nojiri:
That is because of my love for Tokyo. I was born and raised in Tokyo, so I know and deeply understand the various aspects of the city. Many hotel chains expand to major international cities, and I do have interest in that direction, but first, I want to create unique hotels that can be only found in Tokyo.

Mr. Park:
Is there any personal passion that drives TRUNK(HOTEL)?

Nojiri:
It is difficult to describe… our set of values changed with the financial crisis caused by the bankruptcy of Lehman Brothers. Previously, the wealth people sought after was money. However, after the crisis, I believe people came to realize that what really matters is our connections with society and between people.
Of course, we also had the desire to “connect with people” before the crisis, but many people could not take action because they had few opportunities and solutions to do so. So I wanted TRUNK(HOTEL) to serve as a place of opportunity and point of contact where people could connect to society. 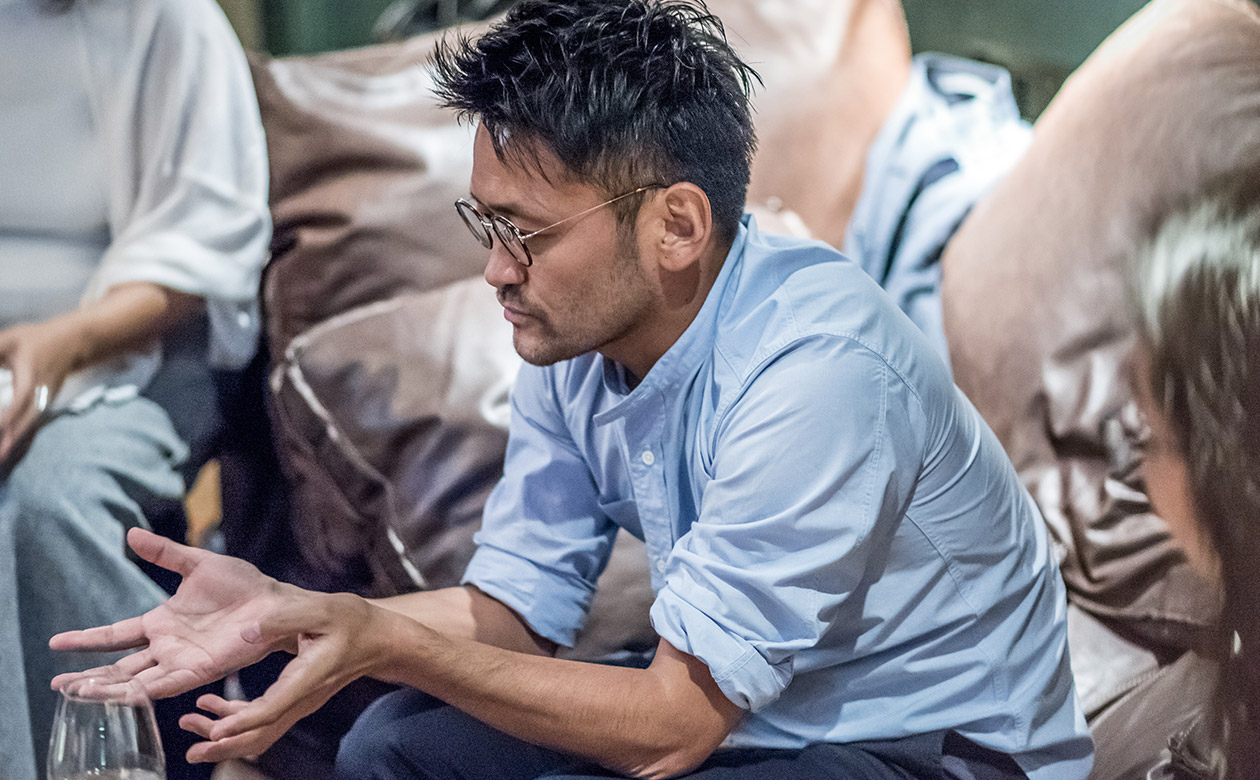 The history and character that the building has gained should be passed down to the future.

Mr. Peng:
I have devoted great passion to renovating old cultural assets and connecting them to the future. The projects for building The Old Clare Hotel and Town Hall Hotel & Apartments were really worth the effort. Sometimes I spend too much money, but the sense of accomplishment is a reward to myself.

Mr. Park:
On top of being historical , what types of buildings attract you?

Mr. Peng:
I like buildings with character. It doesn’t necessarily have to be a building that can be renovated beautifully. On the contrary, I am not attracted to building that focus too much on beauty. 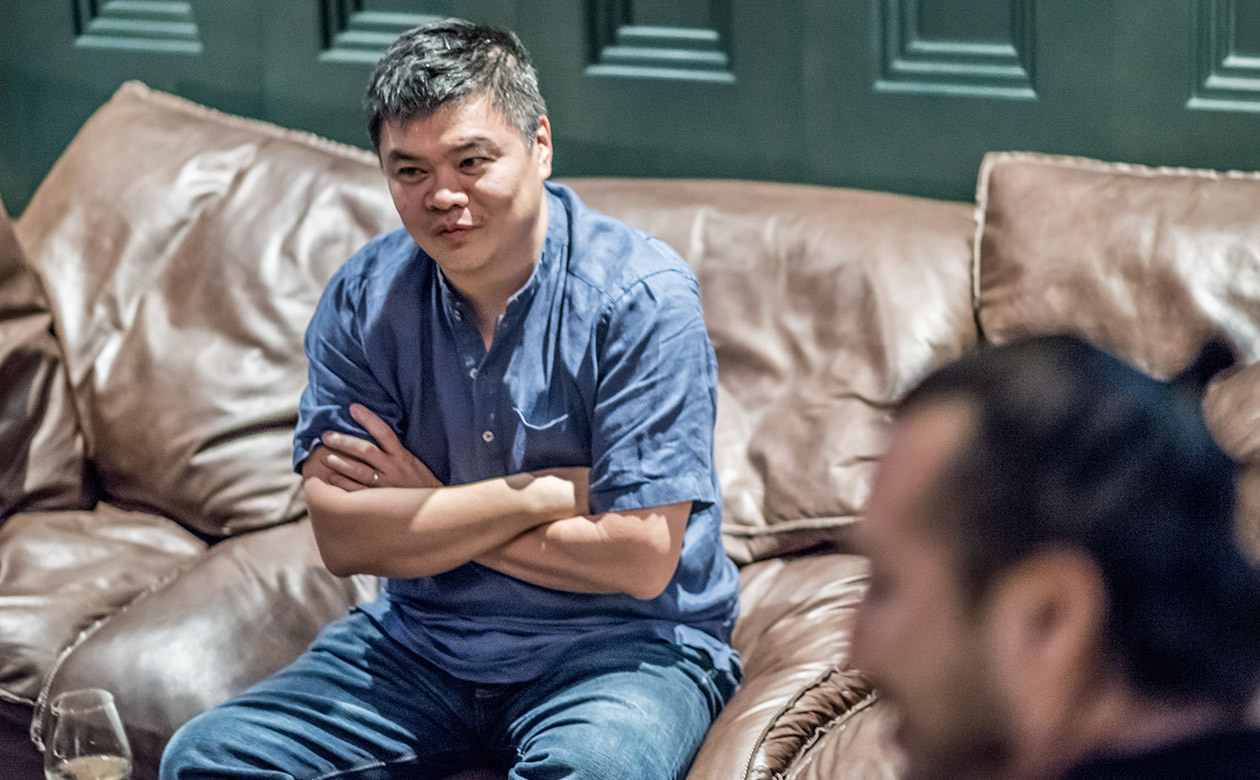 I particularly like The Old Clare Hotel in Sydney. I think it was in 2011, when I received talks of turning a 19th-century brewery into a hotel. Although I liked the building, its condition was bad, and it had become a dwelling for underprivileged people. There was nothing else around it and I wondered how long it would take to renovate such a building, and what exactly we could accomplish there. So at that time, I declined.

However, a year later, I received a phone call to come see it again, and I felt a charm in the building after all, and decided to take it.

Is it possible for Mr. Peng to create a design hotel in Tokyo?

Nojiri:
That sounds interesting. By the way, Mr. Peng, do you have interest in old buildings in Japan?

Mr. Peng:
I like Tokyo, but I don’t have connections nor opportunities there.

Nojiri:
There are quite a few hot spring inns with potentials for renovation around Tokyo. I would really like to see Mr. Peng renovate Japanese hot spring inns. I have a lot of information I would like to introduce to you.

Mr. Peng:
That’s amazing. If that’s the case, I’d love to do it! It would be interesting to create a modern hot spring! 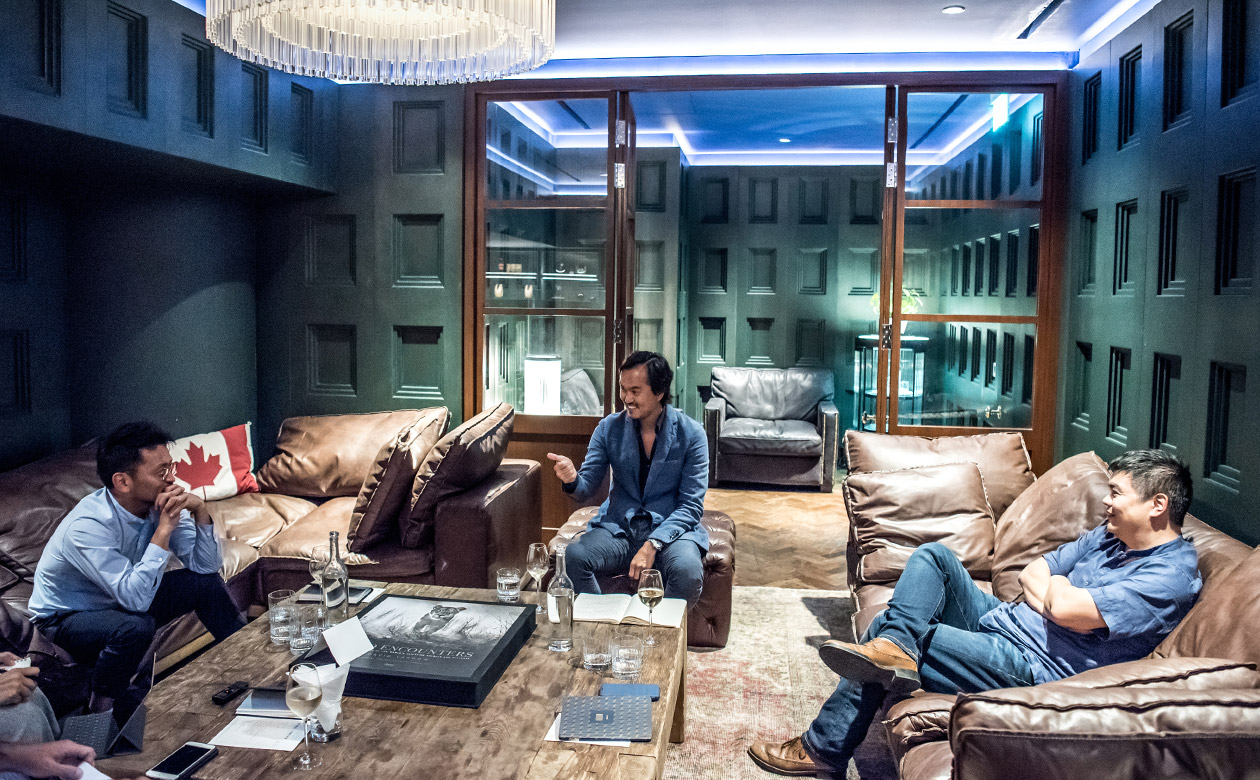